"But knowing federal regulators were paying attention to the new weed killer’s potential to contaminate other fields, the company decided to 'pull back' on testing to allow Dicamba to have a 'clean slate,' according to an email from Dr. Tina Bhakta, who, in her role as global chemistry expansion lead for Monsanto, was responsible for obtaining EPA registration for the weed killer…

"Together, the new dicamba-tolerant crops and accompanying herbicide were to be the largest biotechnology launch in Monsanto history…

"Bader Farms, which says it is no longer a sustainable business because of off-target movement of dicamba harming its orchards, alleges that the companies released their dicamba-tolerant systems intentionally to create drift issues in order to increase their profits. The lawsuit is one of many filed by farmers against the companies over the issue…

"In a February 2015 email, Martino-Catt wrote they had gotten a 'clear message” from the executive team “that we must do everything we can to get the registration.'

"'Sometimes,” Martino-Catt wrote, 'this means not having all the paperwork in place.'

"Bhakta replied with a smiley face." 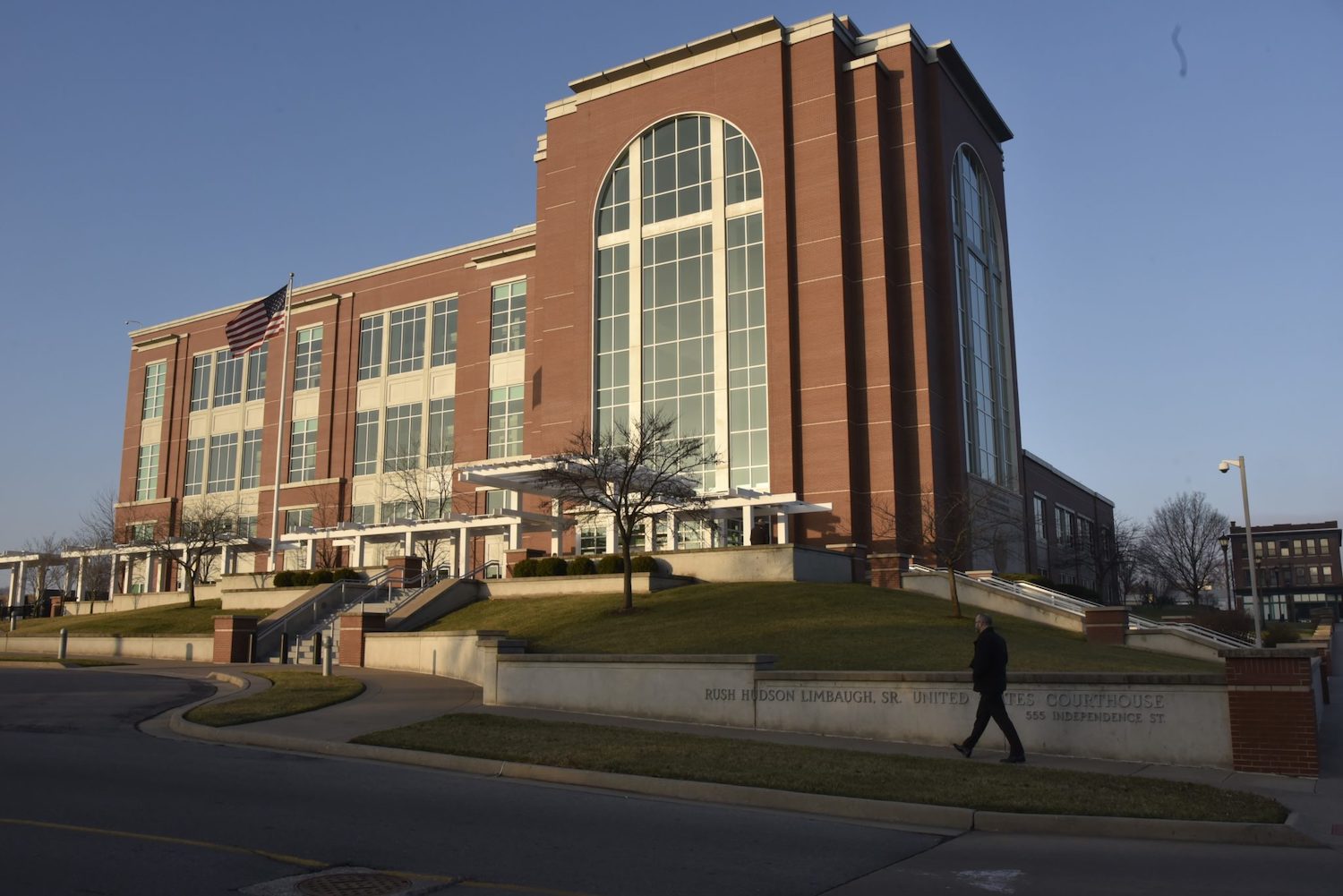 Dicamba on trial: Monsanto officials limited testing on its own plots | The Counter

The company used a variety of methods to avoid independent testing of its controversial herbicide, according to court testimony.

JUST HOW HAS THE UNIVERSITY OF MAINE'S 'AROOSTOOK FARM' BEEN PUTTING OUT POTATO INDUSTRY FIRES FOR OVER 100 YEARS? It's the nature of farming that production challenges will regularly pop up. Growing potatoes involves at least its fair share of over-the-horizon looming threats. Setting aside weather extremes (too hot, too cold, too wet, too dry), the culprit might be inadvertent soil abuse, an insect, a disease or a combination of the above.
In a monumental move, visionaries in Maine in 1914 established a potato research farm in nearby Presque Isle and appropriately named it "Aroostook Farm." It's duty was to study and safeguard the potato business, of which Maine – after the railroads had finally reached Aroostook County in the 1890s – had quickly become industry leader.
The new January issue 'Potato Grower' out of Idaho Falls, Idaho, has a good article which depicts the history of valuable research work at Aroostook Farm.
It's our observation that Potato industry magazines tend to be technology-hampered and most publishers have a modest online presence. This article is offered in a 'flip-magazine' format. The real benefit here is if you have never read an ag rag Potato magazine (there are several more including 'Spudman' and 'Valley Potato Grower') here's your chance to 'thumb through' all 80 pages cover-to-cover and get an unfiltered glimpse into all things potato. Caleb, Megan & Jim

"And in the northeast corner of the United States, a farm was purchased by a collective of potato growers – with funds authorized by the state legislature for the University of Maine to use for the purpose – to conduct research on soil, climate and cropping practices. Over the last century plus, much has been accomplished on that plot of land that has brought the entire North American potato industry into the future, while remaining steadfastly focused on the growers, processors and wholesalers of Maine."

ACTIONS SPEAK LOUDER THAN WORDS: DAY ONE OF MONSANTO 'DICAMBA' TRIAL UNMASKS INTERNAL DOCUMENTS & EXPECTATIONS OF DRIFT PROBLEMS. Our experience after having launched our 'OSGATA et al v. Monsanto' federal lawsuit nine years ago is that you can never take ANYTHING Monsanto says publicly at face value.
The reason Monsanto has the deserved distinction of being the world's most hated corporation is that they are relentlessly public-relations-driven baloney manufacturers. Their concocted 'public image' departs so far and so egregiously from reality that the world has now become remarkably alert to Monsanto duplicity. Jim

"For years, Monsanto and BASF have been blaming alleged crop damage from the weed killer dicamba on other factors, including weather, other pesticides and applicator misuse.

But on the first day of a civil trial in the United States District Court for the Eastern District of Missouri in Cape Girardeau on Monday, internal company documents presented in opening arguments showed that both companies were warned about the herbicide’s potential to damage other crops. Documents also showed the companies prepared for complaints about the weed killer prior to the new genetically modified crop systems being released…

"Bader Farms, the largest peach farm in Missouri, is on the brink of collapse because of a situation 'entirely foreseen and foreseeable' by Monsanto and BASF, said Billy Randles, the lead attorney for Bader. Randles was the first attorney to give his opening argument, after the jury was selected Monday morning."

KOALAS ARE "FUNCTIONALLY EXTINCT" DUE TO DEVASTATING AUSTRALIAN BRUSHFIRES. Fires fueled by drought connected to climate change is taking a big toll.
Agriculture accounts for almost a third of the excessive atmospheric carbon. Why? Because unsustainable intensive farming practices have depleted stores of soil carbon (humus and organic matter) into atmospheric carbon.
Good organic farming – an exemplary soil-based farm system – soil removes carbon from its misplacement in the atmosphere and deposits it into the soil through photosynthesis. Soil rich in humus and organic matter grows healthy crops naturally resistant to insect and disease pressure and the food it produces high in nutrient density.
Organic farming is demonstratively good for people, the environment and the planet. Caleb, Megan & Jim

"As bushfires rage across Australia, with no end in sight, the toll is devastating. In New South Wales alone 2.5 million acres have burned and people are being asked to leave their homes as a Code Red has been declared—which means the fire authority has no control over the blazes. While the impact on humans is disastrous, for koalas—the national symbol of Australia—it’s catastrophic. Already a vulnerable species, the bushfires have now wiped out 80% of their natural habitat…

"As eucalyptus trees—koalas’ main food source—are cut down, the animals suffer from starvation. An increase in droughts also means that the leaves of the eucalyptus trees that aren’t cut down are too dry to provide essential hydration for the animals. Unfortunately, the fires may have simply accelerated the problem. And even after the fires subside, it will take months for eucalyptus trees to grow back, making the remaining koalas even more vulnerable to starvation." 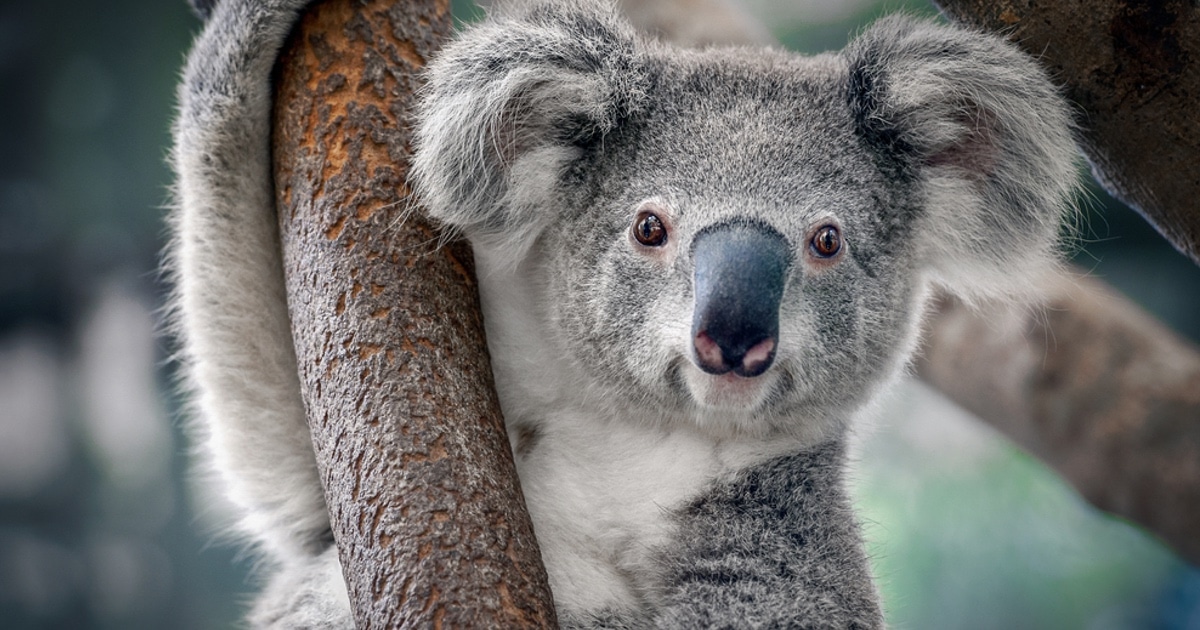 Koalas Are “Functionally Extinct” Due to Devastating Australian Bushfires

Bushfires raging in Australia have caused 80% of koala habitats to be destroyed, making the beloved species functionally extinct. 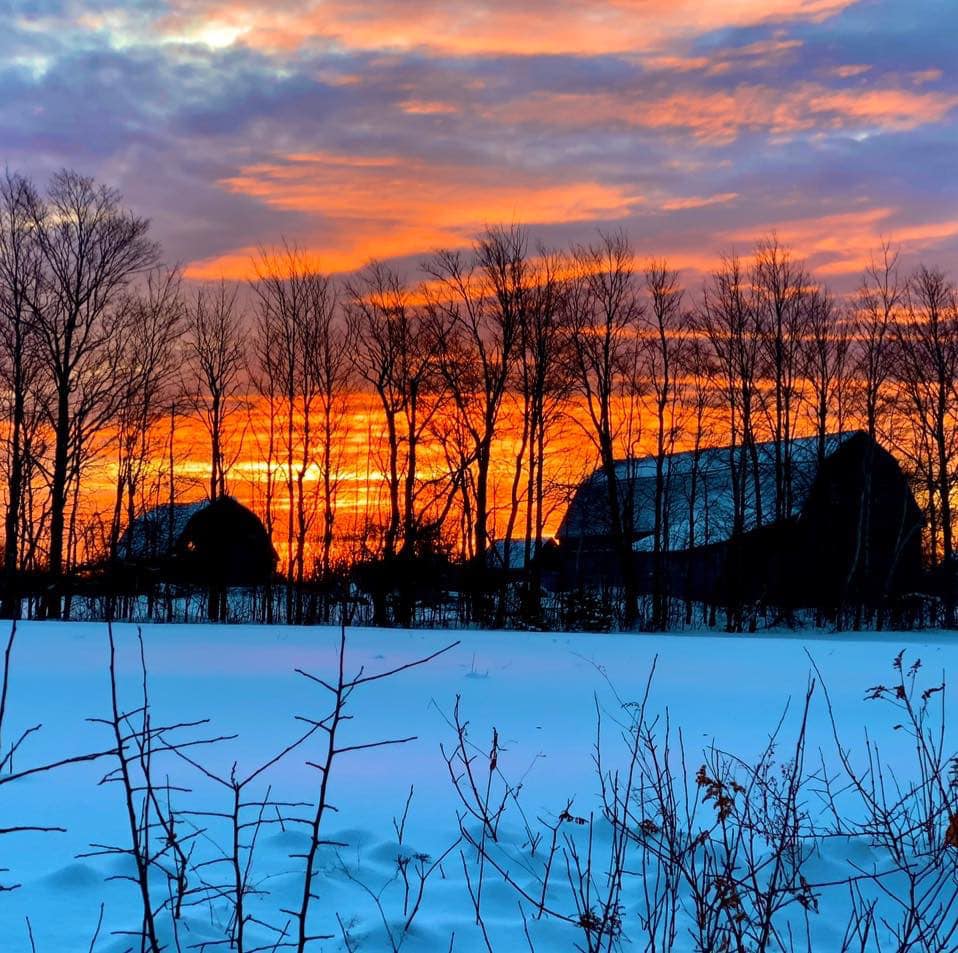 GREEN MOUNTAIN COG RAILWAY. Mount Desert Island, Maine. Circa 1883. Now known as 'Cadillac Mountain' in Acadia National Park, its 19th century name was 'Green Mountain.'
Not only is Cadillac the tallest mountain in Acadia, it is the highest point along the entire East Coast of the United States.
The steep ascent from the southeastern shore of Eagle Lake required deployment of cog traction pioneered in the US on New Hampshire's Mount Washington cog railway.
Eight years later, in 1891, the cog railway up 14,115' Pikes Peak opened in Colorado (https://www.youtube.com/watch?v=a073vczTVIw).
While Cadillac's cog railway long ago disappeared, one may see remnants of old railway spikes which had fastened the rails to exposed granite bedrock on the uphill end of Cadillac's South Ridge Trail. Caleb, Megan & Jim 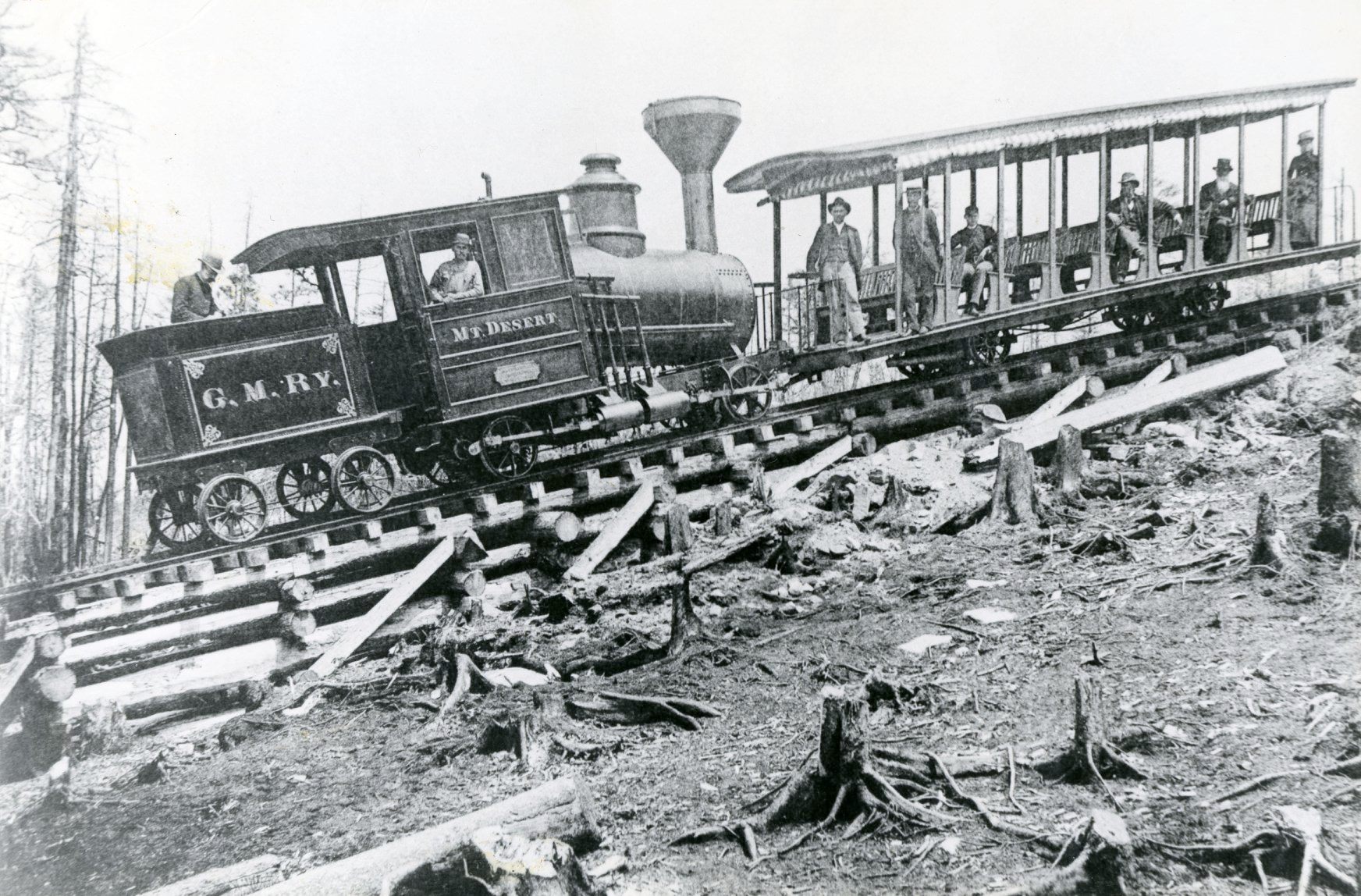 YOU'LL LEARN SOMETHING NEW FROM THIS 'OLD FARMER'S ALMANAC' ARTICLE ON GROWING YOUR OWN POTATOES. The authors who wrote this article know their stuff and this is an unusually good piece about growing potatoes.
However, the importance of planting high quality seed is overlooked. In our 40 years of organic farming we've learned seed quality can vary widely. Sourcing the best Certified Seed Potatoes (https://www.woodprairie.com/category/the-organic-garden/) becomes a big factor in assuring overall success. Coupled with our popular 'Organic Potato Growing Guide' (https://woodprairie.com/downloads/Growing%20Guide.pdf) you will be well-armed for success in this year's potato patch. Caleb, Megan & Jim

"Dig potatoes on a dry day. Dig up gently, being careful not to puncture the tubers. Avoid cutting or bruising potato skin. Damaged potatoes will rot during storage and should be used as soon as possible." 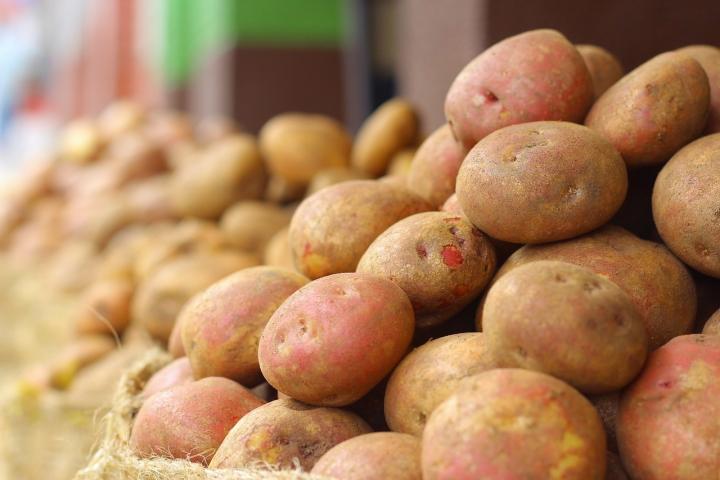 Learn how to plant, grow, and harvest potatoes in your garden! Everything you need to know, from The Old Farmer's Almanac.

WHAT'S WRONG WITH THIS PICTURE? PROPOSED MEGA MEGA MILK MONOPOLY MERGER MERITS QUICK KIBOSH. Should the world's largest milk processor (Dean's Foods) be allowed to merge with America's largest dairy cooperative (DFA)?
A large portion of the steep decline in America's ailing agriculture is due to relentless consolidation by self-serving monopolies. For example, Monsanto is among the elite group of four mega monopolies which "control more than 60 percent of global proprietary seed sales." https://civileats.com/…/the-sobering-details-behind-the-la…/
Opposition to monopoly control is a broad, unifying issue. The vast majority of American farmers, left and right, would agree that 40 years of comatose-enforcement of hundred-year-old Anti-Trust Laws – under both Republican and Democrat administrations – has been an unmitigated disaster for agriculture, rural America and the American economy. Caleb, Megan & Jim

"Federal antitrust regulators are probing a possible deal between a major U.S. dairy cooperative and Dean Foods Co., the bankrupt milk-processing giant, as the dairy industry realigns after decades of declining milk consumption." 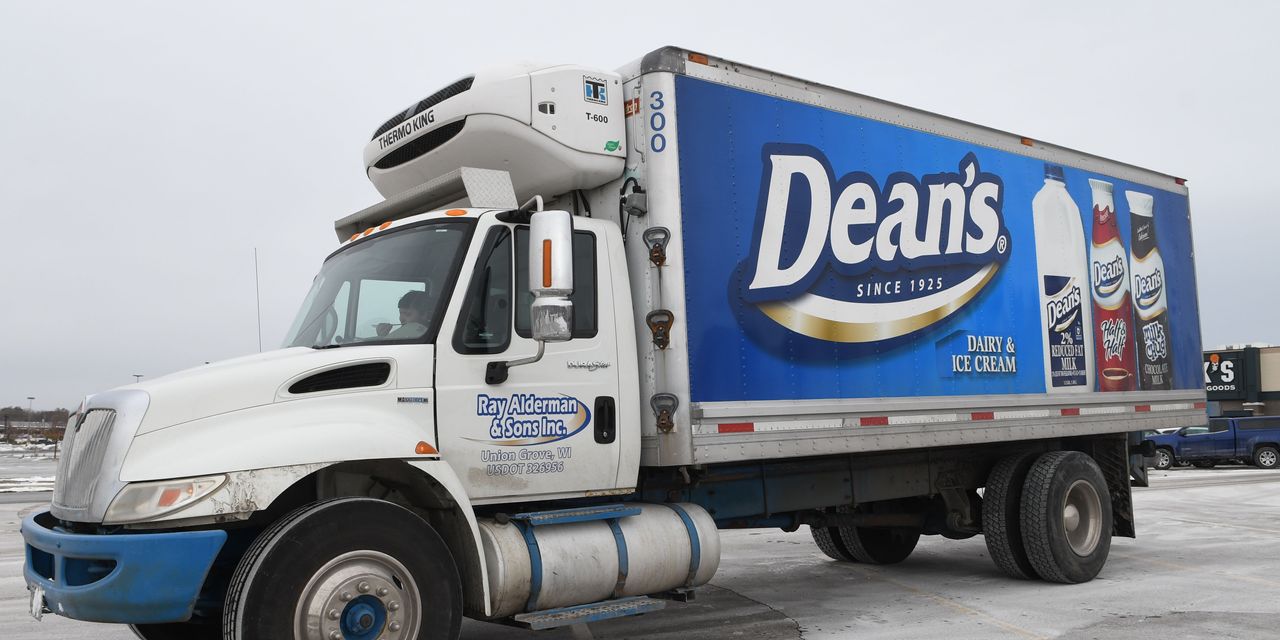 The Justice Department is probing a potential merger between Dean Foods and the Dairy Farmers of America and the effect it might have on milk prices.

TIME FOR JUSTICE: MAJOR 'DICAMBA' HERBICIDE DRIFT LAWSUIT REACHES COURT THIS WEEK. Farmer Bill Bader has the largest Peach Orchard in Missouri. Mr. Bader alleges his Peach trees have suffered recurring extensive damage EVERY YEAR since 2015 by Bayer/Monsanto and BASF's volatile-prone 'Dicamba' herbicide.
It comes as no surprise that Monsanto lawyers are deploying their infamous 'Monsanto Doctrine': "All we know for sure is it's not our fault."
In recent years, Dicamba has been used by farmers growing genetically-engineered (GE) herbicide-tolerant (HT) cotton and soybeans as an alternative to Monsanto's failing 'Roundup Ready' GE varieties in which deadly Glyposate-based herbicides have developed huge problems with significant weed resistance. Caleb, Megan & Jim

"After five years of reported crop damage by the weed killer dicamba, German agribusiness companies Bayer and BASF will head to trial next week to defend themselves against charges that they intentionally caused the problem in order to increase their profits.

"The lawsuit, originally filed in November 2016 by a southeastern Missouri peach farmer, alleges that Monsanto, which was acquired by Bayer in 2018, and BASF created the circumstances that have damaged millions of acres of crops…

"'Through their partnership, joint ventures, shared technologies, and mutual greed, Defendants have conspired to create and encourage an ecological disaster in Missouri and other states to increase the profits and demand for their dicamba products,' the lawsuit states…

"The allegations revolve around dicamba, a volatile weed killer originally developed in the 1960s that gained more popularity in recent years after Monsanto developed genetically engineered soybean and cotton seeds that could withstand being sprayed by the herbicide…

"Prior to the resistant seeds, dicamba had not been widely sprayed during growing season because of its propensity to drift. Instead, it was largely used as a 'burndown' weed killer to control weeds before planting and after harvest'…

"Even after their new versions of dicamba were approved, the damage continued. In 2017, an estimated 3.1 million acres of soybeans were damaged by dicamba, according to an analysis by University of Missouri crop science professor Kevin Bradley."