MORE SNOW ON THE WAY FOR NORTHERN MAINE. Should start in Tuesday evening about 8 o’clock. Jim 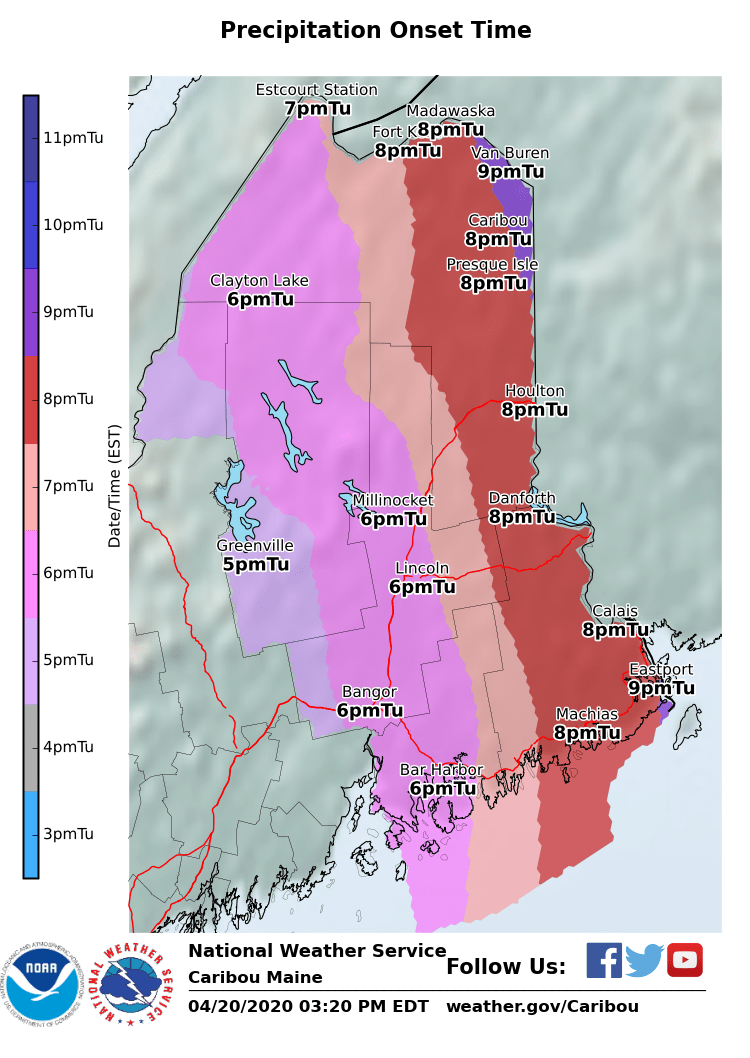 A MILD SPRING MORNING ON WOOD PRAIRIE LOADING DOCK. Cooper the cat soaks in some rays on a recent Maine morning. The sun was shining and the temperature warm enough to leave open our south-facing loading dock garage door in our Wood Prairie Family Farm packing shed (www.woodprairie.organic).
Every day, Jeremy from Fedex, Josh from UPS and Larry the mailman – Critical Workers – back up to this door. They load up parcels containing Organic Maine Certified Seed Potatoes, organic vegetable seed and organic cover crop seed bound for gardeners and family farmers in all 50 States.
We've been performing this same ritual for 30 years. Thanks for your patience as we do our best to keep up with the huge surge of seed orders due to the COVID-19 crisis and Americans' increased commitment to growing a garden. Caleb, Megan & Jim 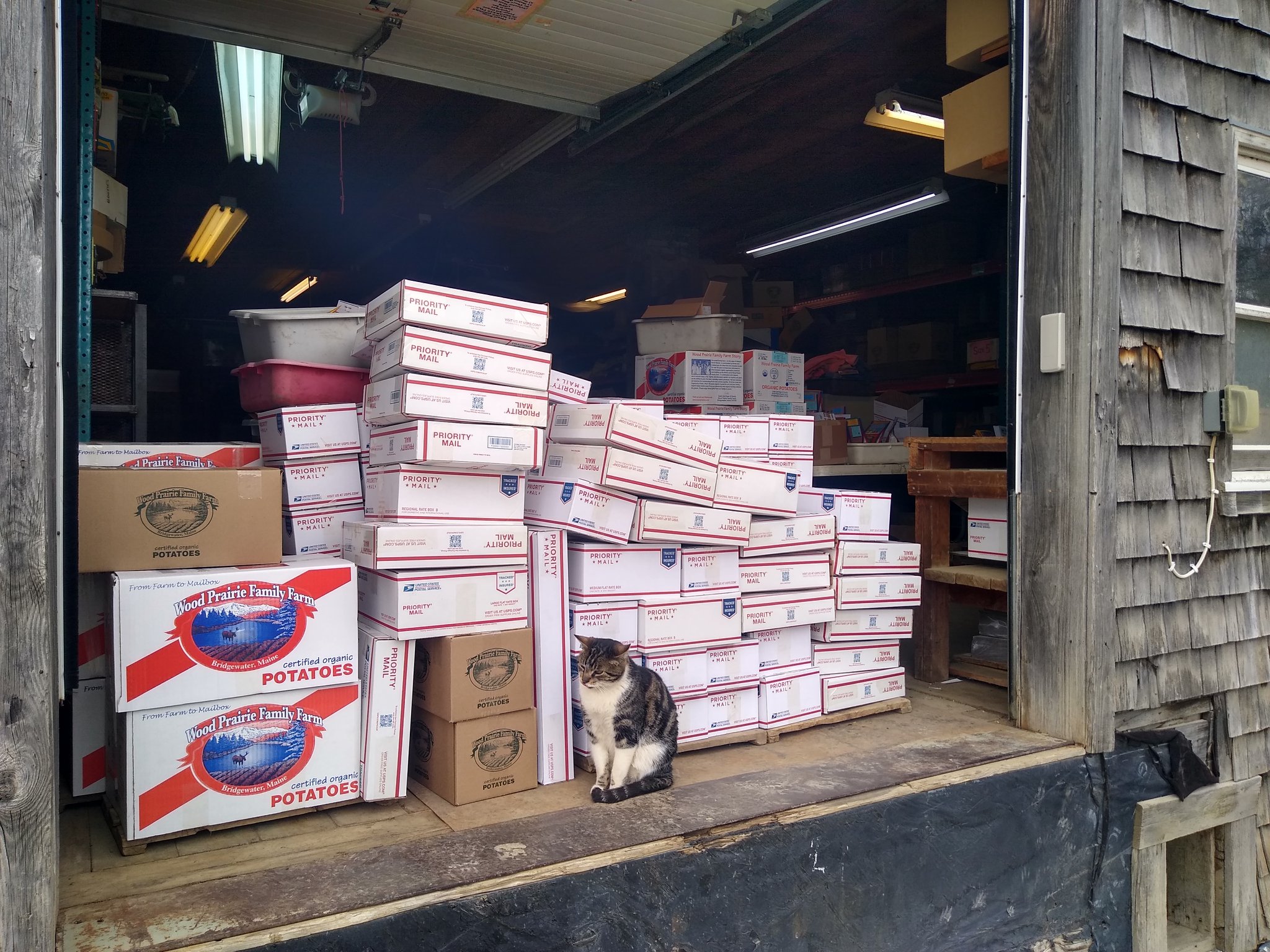 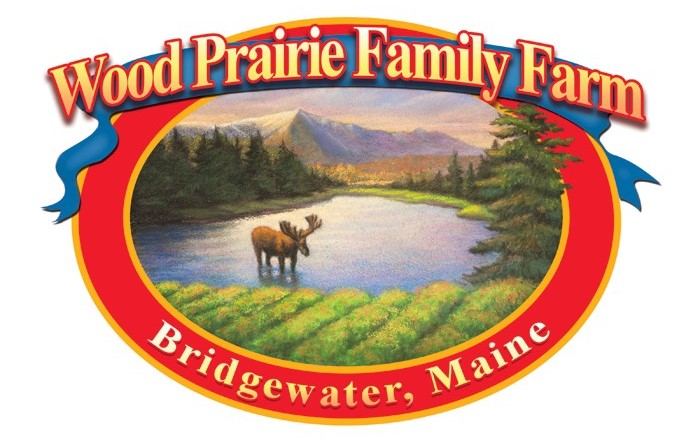 VIDEO: WHAT'S YOSEMITE LIKE WITHOUT THE CROWDS OF HUMANS? Thanks to COVID-19 Yosemite National Park was closed down a month ago. Human footprints in Yosemite Valley have disappeared and as nature takes hold wild animals are filling in the void. This peaceful short video (1:37) offers a glimpse of the old Yosemite without people.
Five years ago Jim spoke at the National Heirloom Expo. He was accompanied by Caleb's sisters, Sarah & Amy. Since it was the girls first time in California they took a detour to Yosemite, staying overnight in a tent cabin in the alpine backcountry-jumping-off-point, Tuolumne Meadows. With the drought, Yosemite Valley air was smokey from park forest fires and waterfalls had been reduced to minor trickles.
Despite crowds Yosemite is worth the visit when you have the chance. Caleb, Megan & Jim 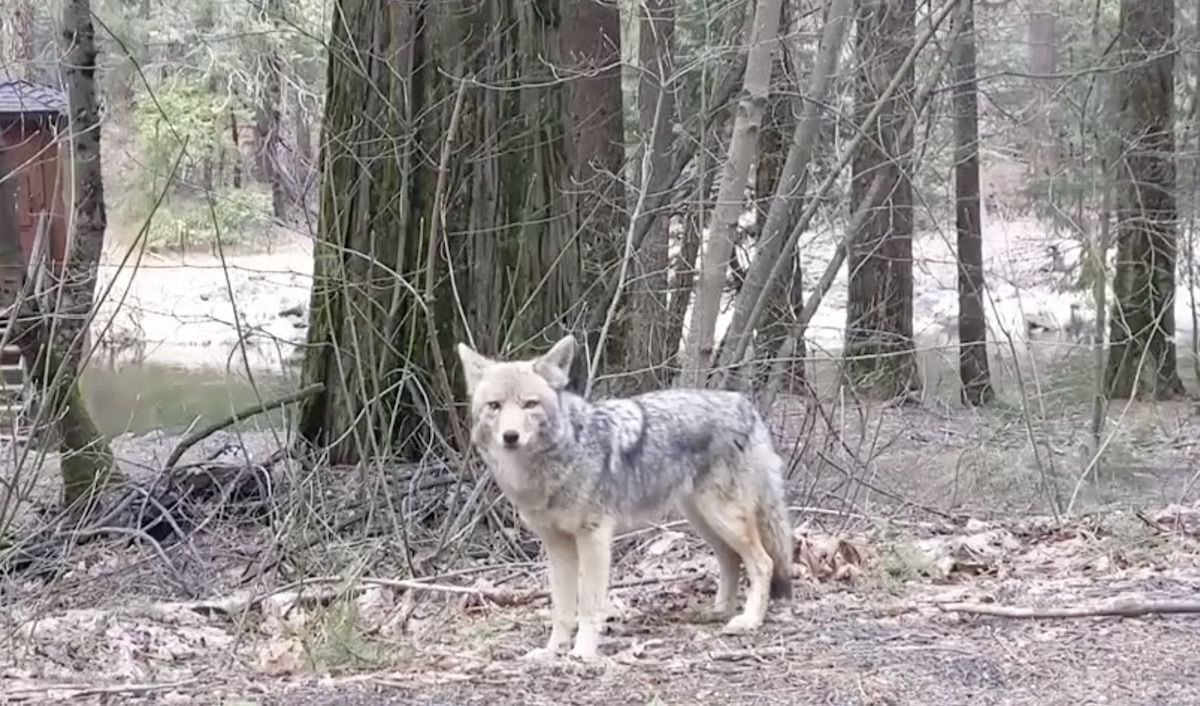 WOMEN LEADERS COME TO THE RESCUE WORLDWIDE SETTING THE HIGH BAR FOR HOW TO CONFRONT COVID-19. What do the countries receiving the highest accolades for handling Covid-19 have in common? Their leaders are women.
'Forbes' reports on how they've gone about it. Caleb, Megan & Jim

"Looking for examples of true leadership in a crisis? From Iceland to Taiwan and from Germany to New Zealand, women are stepping up to show the world how to manage a messy patch for our human family. Add in Finland, Iceland and Denmark, and this pandemic is revealing that women have what it takes when the heat rises in our Houses of State. Many will say these are small countries, or islands, or other exceptions. But Germany is large and leading, and the UK is an island with very different outcomes. These leaders are gifting us an attractive alternative way of wielding power. What are they teaching us?..

"Norway’s Prime Minister, Erna Solberg, had the innovative idea of using television to talk directly to her country’s children. She was building on the short, 3-minute press conference that Danish Prime Minister Mette Frederiksen had held a couple of days earlier. Solberg held a dedicated press conference where no adults were allowed. She responded to kids’ questions from across the country, taking time to explain why it was OK to feel scared. The originality and obviousness of the idea takes one’s breath away. How many other simple, humane innovations would more female leadership unleash?

"Generally, the empathy and care which all of these female leaders have communicated seems to come from an alternate universe than the one we have gotten used to. It’s like their arms are coming out of their videos to hold you close in a heart-felt and loving embrace. Who knew leaders could sound like this? Now we do." 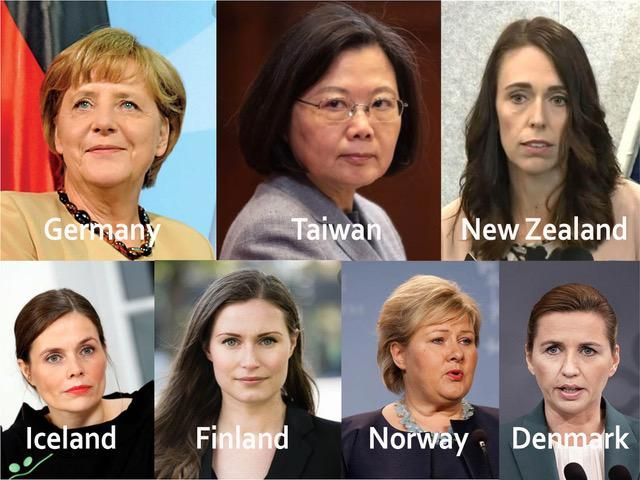 What Do Countries With The Best Coronavirus Responses Have In Common? Women Leaders

From Iceland to Taiwan and from Germany to New Zealand, women are stepping up to show the world how to manage a messy patch for our human family.

"The Maine potato industry, and specialty crop industry as a whole, has faced significant challenges due to the current COVID-19 pandemic, including dramatic reductions in sales as restaurants, food establishments, hospitality businesses and schools have closed. In Maine, 40% of our annual potato crop are processing potatoes grown expressly for use within the food service industry. "

NEW POST FROM 'COOPERATIVE GARDENS COMMISSION'. This update was posted yesterday on CGC Facebook wall.
If you need Garden Resources – or have things like seed and compost to offer – the nonprofit CoopGardens are the folks who can help you. Spread the word!
And below is their Facebook link. Caleb, Megan & Jim https://www.facebook.com/groups/cooperativegardens/ . 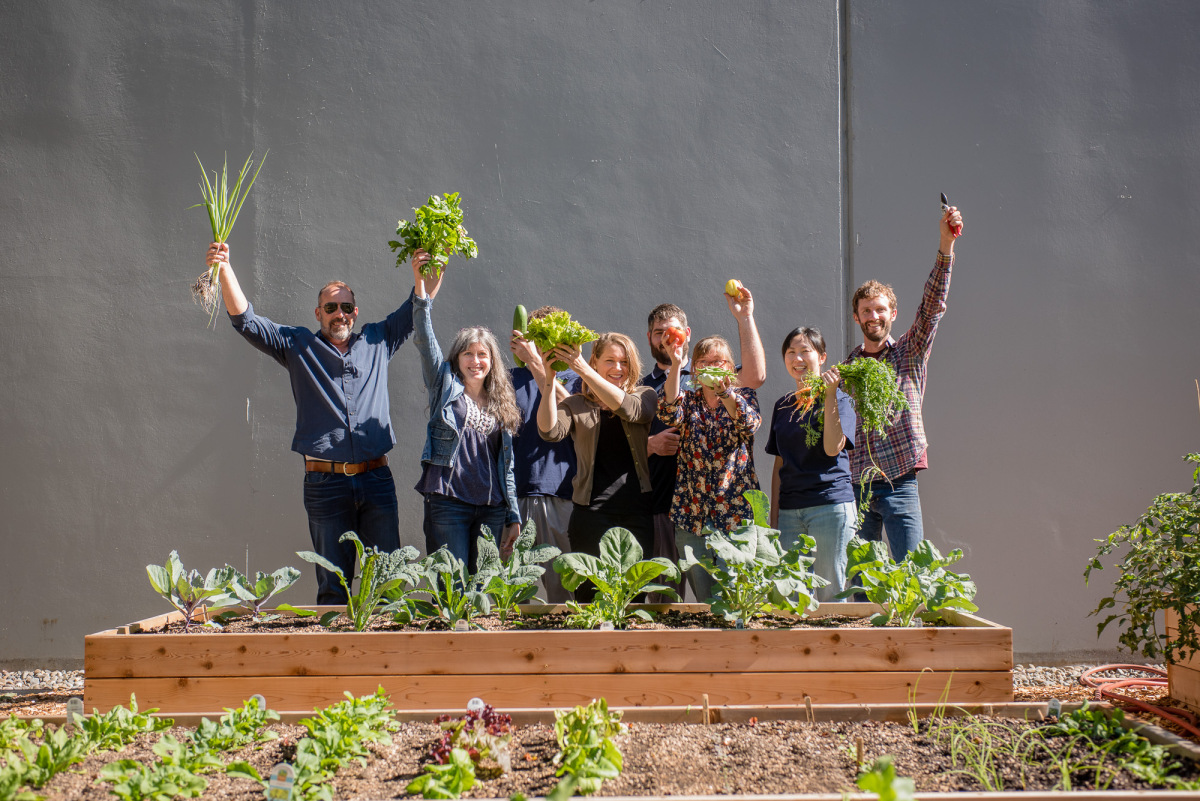 How to Increase Food Production in Your Community The Cooperative Gardens Commission is launching a public campaign to increase community food production in every community. Our aim is to connect those with food-growing resources — including seeds, soil, tools, equipment, land, labor, and knowledg…

"THERE'S NO PLAN B FOR WHEN THINGS FALL APART": 'THE DEEPER SOURCE OF GROCERY PANIC.' This thoughtful exploration into our current grocery dilemma by Vermont journalist Judith Schwartz will be worth your time to read and digest.
Our food system is ripe for wholesale change and Ms. Schwartz discusses how we can do better. Caleb, Megan & Jim

"Erratic availability of food supplies has people anxious. While much reflects panic buys and hoarding, the advent of COVID-19 reveals flaws in our food system, frailties that, for the most part, cheap transport and global supply networks have been able to mask. Recognizing this vulnerability highlights the need to bolster resilience in our food system. Ideally, we would decrease our reliance on long, global supply chains that are less alert to local needs and circumstances. As Bartholmess says, 'Those farmers and local vendors know their customers and can anticipate and respond to their evolving needs much quicker than a globalized supply chain allows'…

"…'We say: The longer the supply chains, the more vulnerable they are.' IATP advocates for robust local and regional food systems backed by the global market—as opposed to global being the first go-to…

"One risk factor is that there’s little slack in the system: Redundancies are smoothed out for efficiency…

"Today, producers are paid little despite the pressure to crank out yields. According to agricultural economist John Ikerd, 15 percent or less of the grocery store price flows back to the farm. 'Farmers are at the mercy of the system,' says Lilliston. 'Agribusiness wants really cheap commodities so they can export'…

"Several groups propose COVID-19 stimulus packages that would restructure our food economy. The 'Green Stimulus' proposes 'reform[ing] agricultural subsidies so that federal support goes to small producers who make investments in their communities and the environment' and compensating farmers for building soil carbon. It also calls for 'parity pricing,' which ensures a fair price for crops based on relative purchasing power and the costs involved in production." 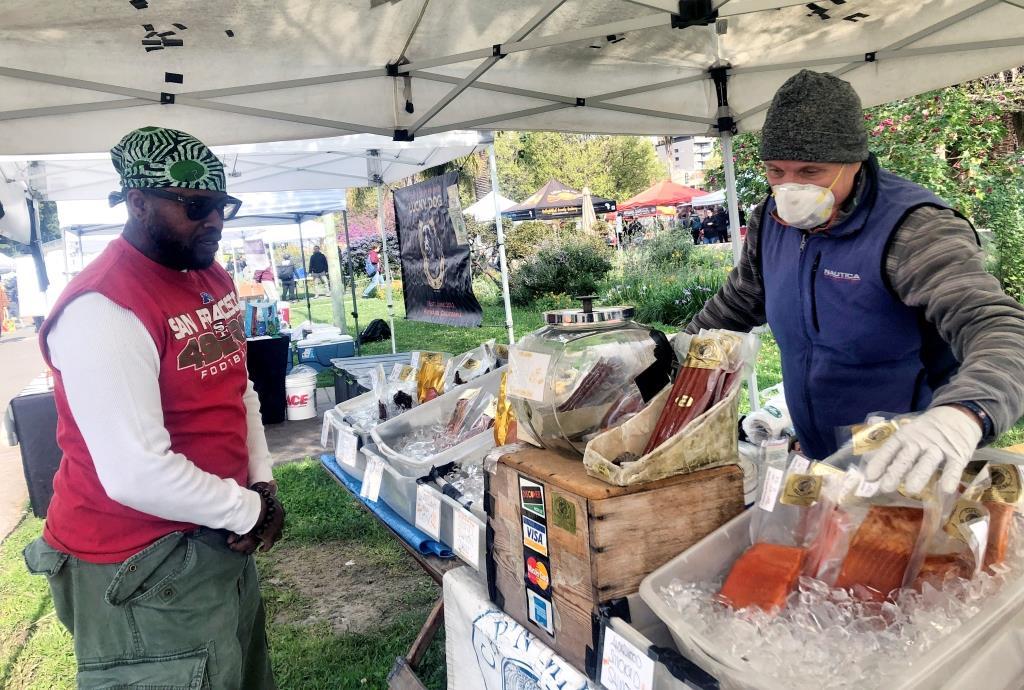 The Deeper Source of Grocery Panic

"A DEBT JUBILEE IS THE ONLY WAY TO AVOID A DEPRESSION." We first learned about the biblical concept of an every 49-year 'Debt Jubilee' forty years ago by reading the pages of the alternative pioneering 'Eco-Farming' journal 'Acres, USA.' 'Acres' was published in Raytown, Missouri, by maverick publisher, editor and economist Chuck Walters (acresusa.com/pages/our-history). 'Acres' offered original insight into both 'Eco' (organic) farming and economics lessons centered around 'Raw Material Economic Theory' (or 'Parity,' thoroughly explained in Walters' groundbreaking book, "Unforgiven").
Now, Univ of MO Economics professor Dr. Michael Hudson advises that with the economic extremity of Covid-19, a 'Julilee' is the one way to stave off economic Depression.
The 'Washington Post' reports. Jim

"Even before the novel coronavirus appeared, many American families were falling behind on student loans, auto loans, credit cards and other payments. America’s debt overhead was pricing its labor and industry out of world markets. A debt crisis was inevitable eventually, but covid-19 has made it immediate.

"Massive social distancing, with its accompanying job losses, stock dives and huge bailouts to corporations, raises the threat of a depression. But it doesn’t have to be this way. History offers us another alternative in such situations: a debt jubilee. This slate-cleaning, balance-restoring step recognizes the fundamental truth that when debts grow too large to be paid without reducing debtors to poverty, the way to hold society together and restore balance is simply to cancel the bad debts…

"Until recently, historians doubted that a debt jubilee would have been possible in practice, or that such proclamations could have been enforced. But Assyriologists have found that from the beginning of recorded history in the Near East, it was normal for new rulers to proclaim a debt amnesty upon taking the throne…

"It is now understood that these rulers were not being utopian or idealistic in forgiving debts. The alternative would have been for debtors to fall into bondage. Kingdoms would have lost their labor force, since so many would be working off debts to their creditors. Many debtors would have run away (much as Greeks emigrated en masse after their recent debt crisis), and communities would have been prone to attack from without.

"The parallels to the current moment are notable. The U.S. economy has polarized sharply since the 2008 crash. For far too many, their debts leave little income available for consumer spending or spending in the national interest. In a crashing economy, any demand that newly massive debts be paid to a financial class that has already absorbed most of the wealth gained since 2008 will only split our society further.

"This has happened before in recent history — after World War I, the burden of war debts and reparations bankrupted Germany, contributing to the global financial collapse of 1929-1931. Most of Germany was insolvent, and its politics polarized between the Nazis and communists." A debt crisis was inevitable, but covid-19 has made it immediate.

INSIDE THE COVID-19 UPHEAVEL AMONG DIRECT-MAKETING FAMILY FARMERS. With some crops ready for harvest, others already planted and still others on the cusp of seasonal seeding, the mighty ripple effects of economic uncertainty and closures – colleges, schools and restaurants among them – have created chaos for farmers across the country. The mounting economic challenges seem epic. Mixed with the tenuous financial stability greeting family farms in our modern era of ultra-consolidation, cause for concern is building.
The ‘NY Times’ reports. Caleb, Megan & Jim

"'The train has left the station for farmers,” Mr. Barber said. “Where it goes is the big question. We need to hurry and preserve the outlets for these products. Otherwise, a lot of farmers will go bankrupt quickly.'

"For farmers who grow for institutions like schools and corporate cafeterias, volume is an issue.

“'When we plant for salad greens, we are planting thousands of pounds, and that’s way outside what consumers can handle'…

"Some farmers who rely on food hubs or aggregators, which smooth the process of getting food from the field to buyers like grocery stores or corporate cafeterias, lack the money or technical skills to build a website, pack C.S.A. boxes or travel to urban farmers’ markets." 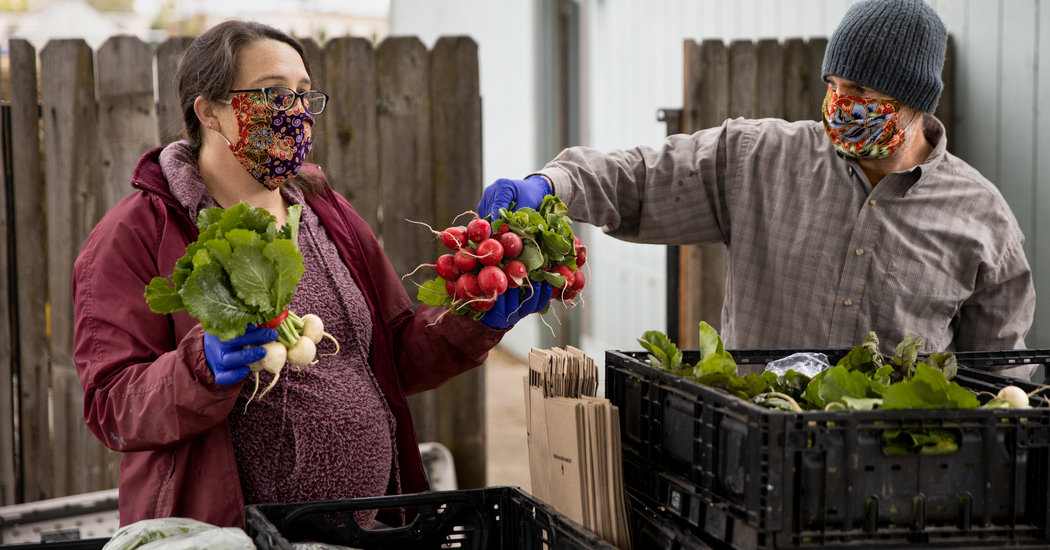 A direct pipeline to chefs that took decades to build has been cut off by the coronavirus, leaving small farmers and ranchers with food they can’t sell.