DO YOU KNOW YOUR NEIGHBORS? FOREIGN-OWNED LAND IN THE USA. ‘Agri-Pulse’ posted this article about a USDA study. The accompanying eye-popping color-coded map shows Foreign land ownership in the United States. Break down is by America’s 3,006 counties. agri-pulse.com/articles/17107-foreign-interests-keep-buying-us-acreage-with-focus-on-southwest?fbclid=IwAR2kAUA_dDC-3kn16CRvvilZbat8GwmuJpdgaqiFgeenyvXX78jrGAO49Dk
Here in Northern Maine, it’s Canadian timber companies – like ruthless J.D. Irving – which own much of our forest. Jim https://www.nationalobserver.com/2016/06/06/news/what-have-irvings-done-new-brunswick

“Four of Maine’s northernmost counties — Aroostook, Penobscot, Piscataquis and Somerset — contained not only the most foreign-owned land of any county in the U.S., but also the most forestland.

“Nearly 82% of the foreign-owned land in Maine, which shares its northern border with Canada, belongs to Canadian investors. It is likely that most of the foreign-held acres in these counties are held by Canadian citizens.” 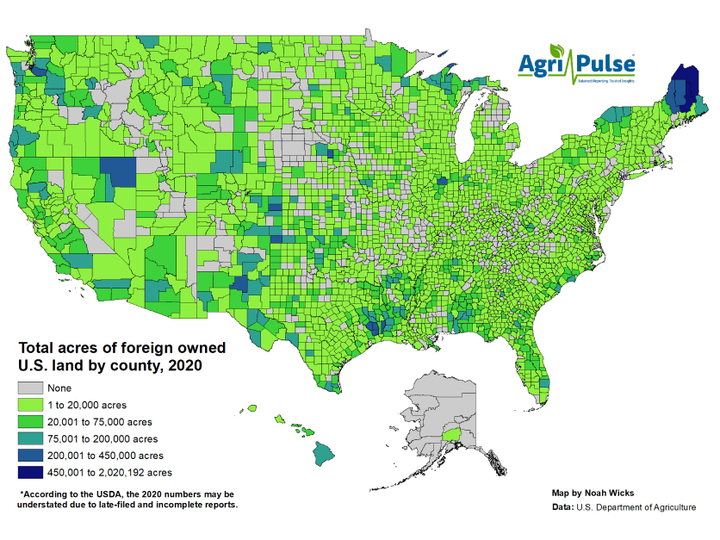