AMISH FARMER PLANTING CORN. Holding the reins, the farmer is standing on a steel-wheeled “Fore Cart” which takes the tongue-weight which is more commonly burdened onto a tractor toolbar.
The team is pulling a 2-Row John Deere 7000 Corn Planter. Behind the farmer is a post holding what we’re guessing is a hydraulic control valve which would be deployed at the end of the row to raise up the planter mechanism and thereby allowing turning around on the headlands.
The Amish have invented a hydraulic pump which generates hydraulic pressure via the action of the revolving wheels. Though we’re not able to see the pump from this vantage, that’s our guess as to how this ingenious appropriate technology has combined the best of traditional draft power with modern and efficient planting machinery. Caleb, Megan & Jim 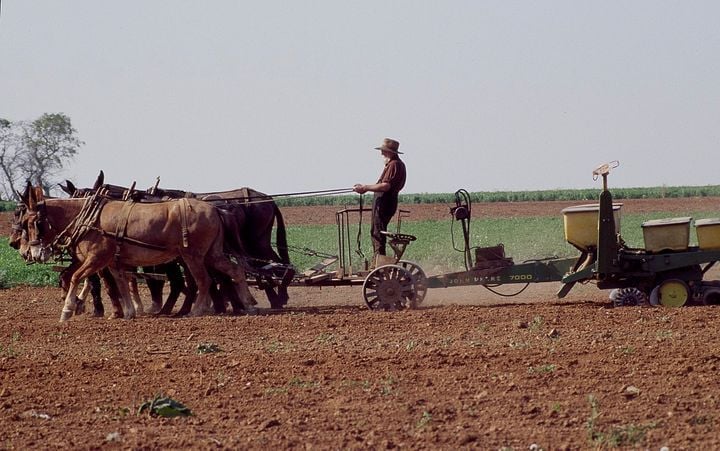