PLOWING SNOW ON WOOD PRAIRIE FAMILY FARM IN MAINE. Yesterday, Caleb plowed the snow left the day before with Tuesday's storm. We received 7" of snow before at the tail end of the storm it switched over to sleet.
By being patient, leaving the snow to soak up the sleet, and then plowing everything after the storm ended, our yard and roads are free of slippery ice and is easy to walk on.
Now that we're deep into February, while the nights remain cold the days can rebound significantly. When this shot was taken it was +25oF, Caleb was plowing in a t-shirt and the rear sliding window was open.
To Caleb's left, our 132-foot year-round 'High Tunnel' (modern term for an unheated greenhouse) is built strong to handle Maine winters. The wind helps clear snow plus the pitch of the roof is designed to shed snow. One important detail occasionally, disastrously ignored is that you MUST clear snow on both sides of the high tunnel in order to allow room for the snow to shed. The same principle applies to quonset huts in snow country.
One heavy snow winter a local potato farmer took his crew to shovel deep snow off a quonset filled with potatoes. First though, he stacked wooden pallet boxes inside and tightly wedged in planks to serve as temporary support. Once finished shoveling, they went back inside and discovered a new two-foot gap at the support point. Under the weight of the heavy snow the quonset had squatted down. Then freed of its snow burden it had bounced back to its normal shape. Caleb, Megan & Jim 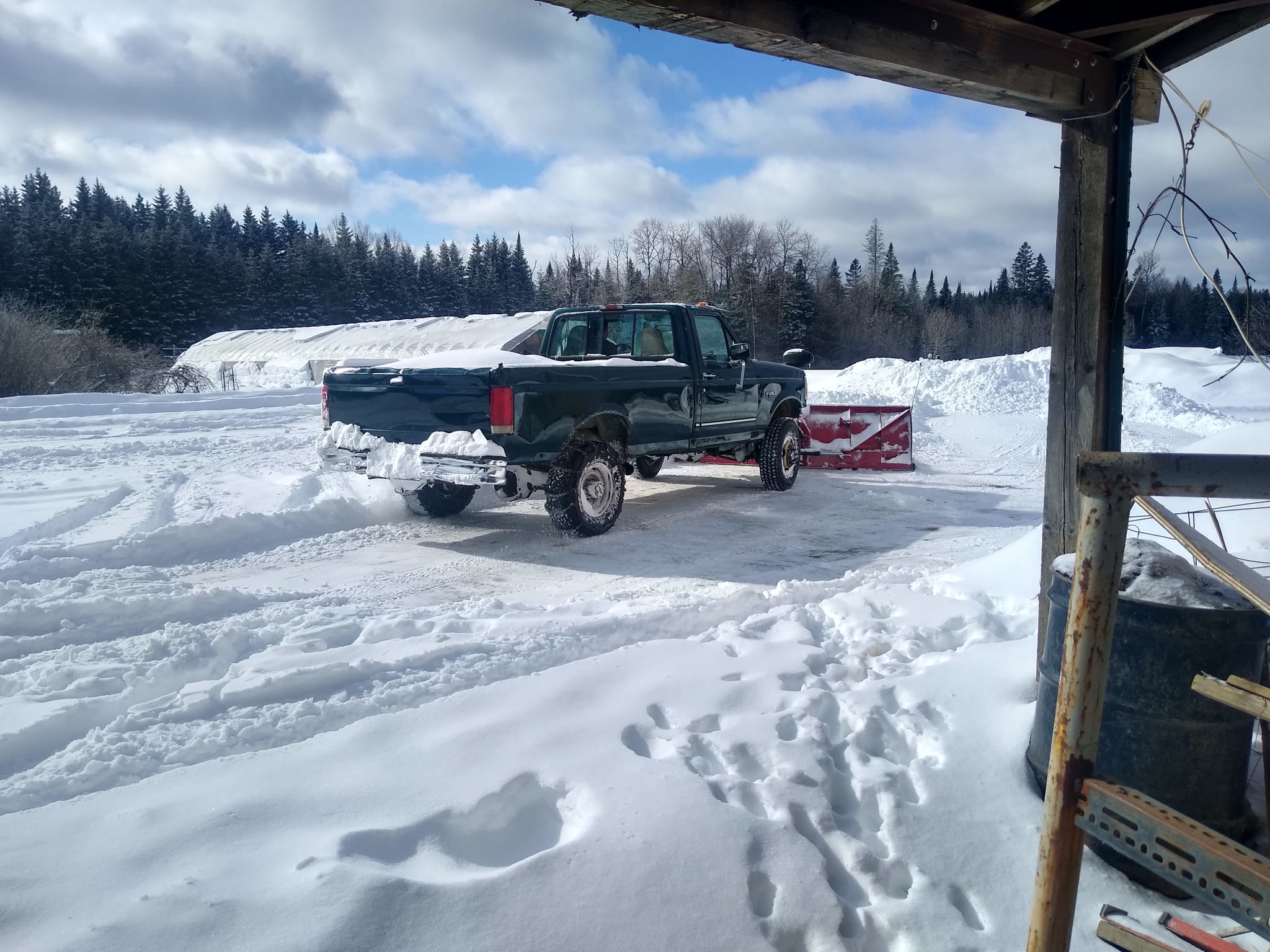