BRADBURY BROTHERS POTATO HOUSE. Bridgewater, Maine. Circa 1965. Photo by Mike Andrews. Located in downtown Bridgewater adjacent to the Bangor and Aroostook (BAR) railroad mainline that runs between Houlton and Presque Isle.
The insulated rail box car MDT (Merchants Dispatch Transport) #19199 sits on a rail siding. Four doors offer four locations for loading rail cars. By 1965 truckers were grabbing significant market share from the railroads. By the late-1970s railroads had become a minor player in moving Aroostook County potatoes.
In the distance (between the tree and the left edge of the photo) is the Bridgewater train station on Station Street.
This large potato house was built in two stages. The black-roofed portion to the south was built in 1949. Then the large addition was built in 1959.
This potato house was used continuously until it was destroyed by fire almost exactly two years ago. The fire began in the older section and caused a complete loss. Thankfully, the building itself and the potatoes inside had been insured.
To this day Dale Bradbury continues growing potatoes as he has all his life. Caleb, Megan & Jim 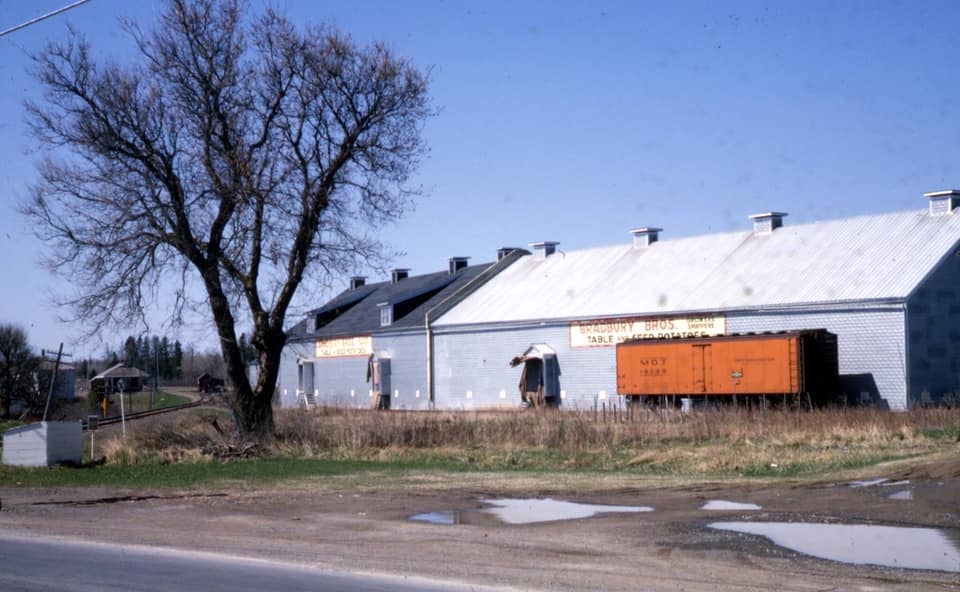