HEARTFELT FIRST-PERSON NARRATIVE OF WHY THE MONSANTO-BAYER PROPOSED SETTLEMENT IS A "SLAP-IN-THE-FACE."
Christine Sheppard's troubles began when she followed the bad advice of an Ag Agent to utilize Monsanto's "harmless" 'Roundup' herbicide on her property. She believes Roundup is responsible for her cancer and after engaging an attorney, she has been trying to hold Monsanto accountable. Caleb, Megan and Jim

"Last Wednesday was my 71st birthday, a low-key celebration in these Covid-19 times. Then I heard the news that the pharmaceutical conglomerate Bayer has offered a settlement to resolve several massive class-action lawsuits alleging that the company’s herbicide, Roundup, is dangerous and causes cancer.

"I’m one of the thousands of people who filed suit. The news of the settlement ruined my birthday.

"Should I have been happy? No. I don’t yet know how the settlement may affect me personally, but I do know it is a slap in the face. Bayer admitted no guilt, will continue to sell Roundup, and refused to label it as carcinogenic. People will continue to get cancer from it.

"This is where I am as a result of Roundup: I have non-Hodgkin lymphoma…

"How did I get here? In 1995 my husband and I bought an abandoned five-acre coffee farm on Hawaii. The weeds were so high that we could hardly wade through them. An agricultural agent at the College of Tropical Agriculture advised us to use a backpack sprayer of Roundup to deal with the weeds. The agent told us it was safe enough to drink. We sprayed it for the next five years.

"The World Health Organization reported a likely link between Roundup and cancer in 2015. I contacted a lawyer, and filed a civil suit against Monsanto in December 2015. (Monsanto, which first manufactured Roundup, was acquired by Bayer in 2018.) In 2016, I was invited to testify at the Monsanto Tribunal at the international courts of justice in The Hague. I was shocked at the terrible suffering of the other testifiers, who came from all around the world.

This settlement offer by Bayer is a pathetic and insulting PR effort. The company’s attempt to paint themselves as responding to the suffering of thousands of people is so inadequate a response as to make me even more angry. I desperately hope that some of the sufferers from the company’s willful profit-over-safety negligence will feel better about it than I do." 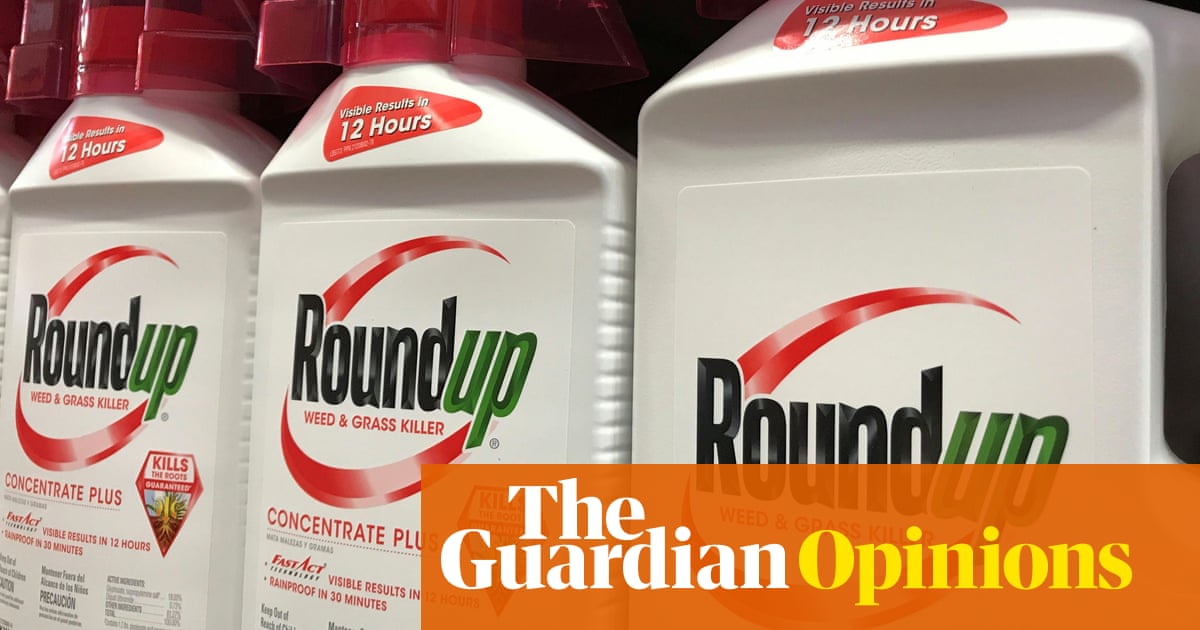 I believe Roundup gave me cancer. The Monsanto settlement is a slap in the face | Christine Sheppard

I have to inject myself with needles just to stay alive. Still, Bayer will continue to sell Roundup, and refused to label it as carcinogenic