"If you think understanding and predicting Earth’s weather is a doozy, Jupiter’s is quite literally a raging nightmare. Scientists have known for a while that the gas giant is characterized by powerful lightning strikes and enormous storm systems, but understanding what goes on in finer detail has been a challenge.

"To create this captivating shot, researchers used images taken by the Gemini North Telescope in Hawaii from nine different angles and combined them using a technique known as 'lucky imaging.' The researchers first combined 38 images each from those nine different spots…By selecting and combining only the clearest images from each of the nine angles, the researchers were able to create one, near-perfect image of the distant planet…" 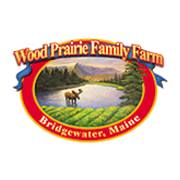 Jupiter has a spooky new look in this sharp infrared photo

By studying infrared images of Jupiter, together with other images taken by the Juno spacecraft and the Hubble telescope, scientists hope to better understand the furious weather patterns that make this beautiful planet so unique.