SNOW ROLLER, CARIBOU, MAINE. Circa 1930. Photo shared by Jeff Clark.
Prior to the early years after World War II, roads in Northern Maine were not plowed free of snow. Instead, large diameter horse-drawn 'Snow Rollers' were used to pack down the snow on the roads creating thoroughfares which were smoother than their Summer counterparts.
In the Winter horse-drawn pungs and sleds were used to convey people and loads locally. Medium and long distance travel were the domain of the railroads.
Motorized cars, trucks and tractors were parked in the shed until Springtime after roads had dried out signaling the end of 'Mud Season.' Caleb, Megan & Jim 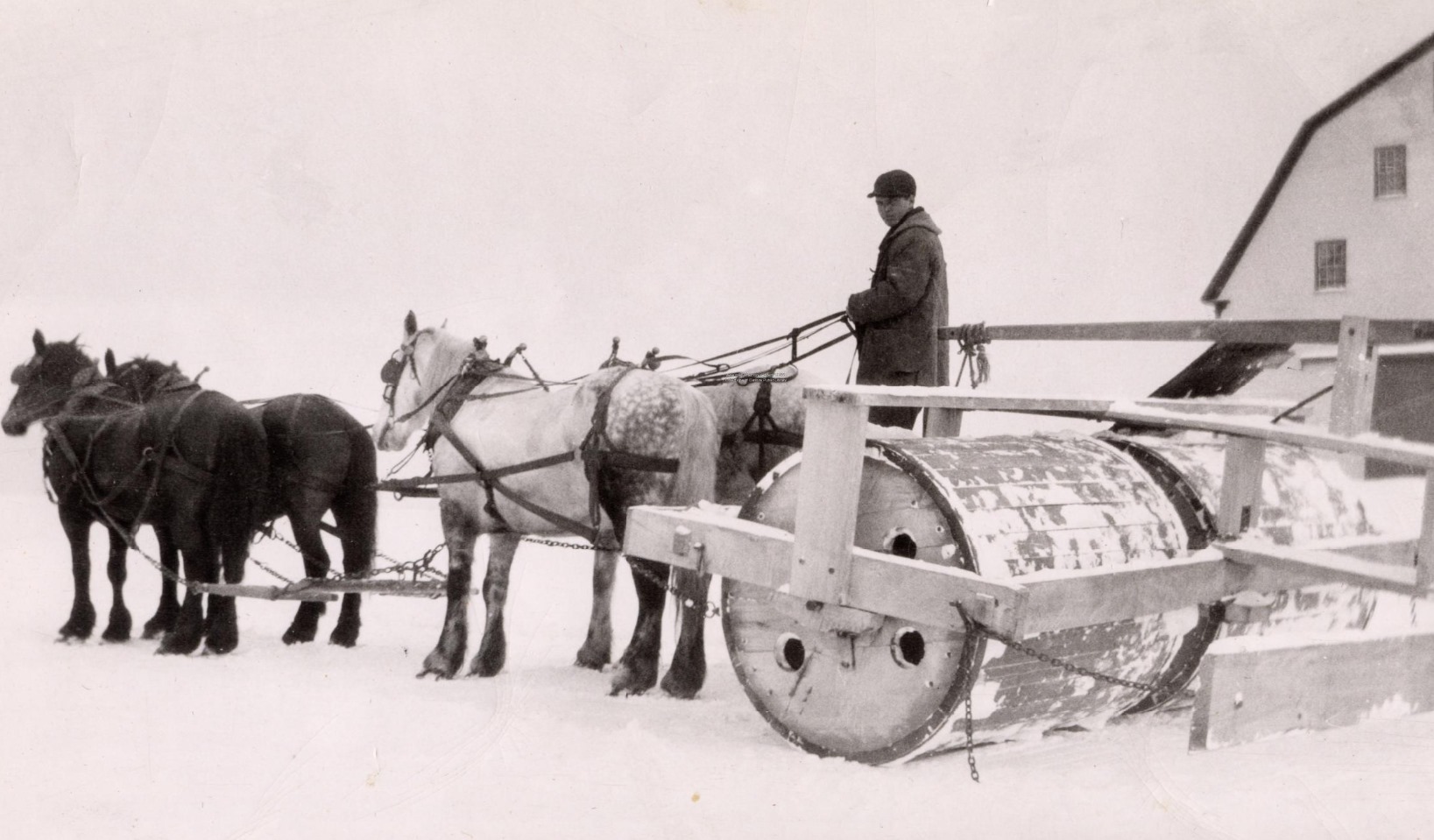