UPBEAT RESCUE STORY FROM THE AUSTRALIAN WILDFIRES. Hard times can bring out the best in people. New South Wales adds one hero to its tally: Toni Doherty. Caleb, Megan & Jim

"Southeastern Australia has been taken over by devastating bushfires for the past month, which have so far killed 6 people, destroyed hundreds of homes, and wiped out countless wild animals. Koalas are already listed as a 'vulnerable' species by Australia’s environmental ministry, but they are particularly vulnerable to fires because they instinctively climb to the tops of trees, towards the flames. More than 300 koalas have sadly died due to the rapidly-spreading fires, but one particular koala recently had a lucky escape—thanks to the bravery of local woman named Toni Doherty.

"After spotting the koala amongst the flames in New South Wales, Doherty rushed to its aid. Video footage shows her wrapping the terrified and badly wounded animal in her own shirt and scooping it up in her arms. Doherty then poured water over the koala to try and soothe its burns, before wrapping it up in a blanket and bringing it to the Port Macquarie Koala Hospital, where more than 30 koalas are already being treated for fire-related injuries. The heroic woman says, 'I knew if we didn’t get him down from the tree then he would have been up there amongst the flames.'” 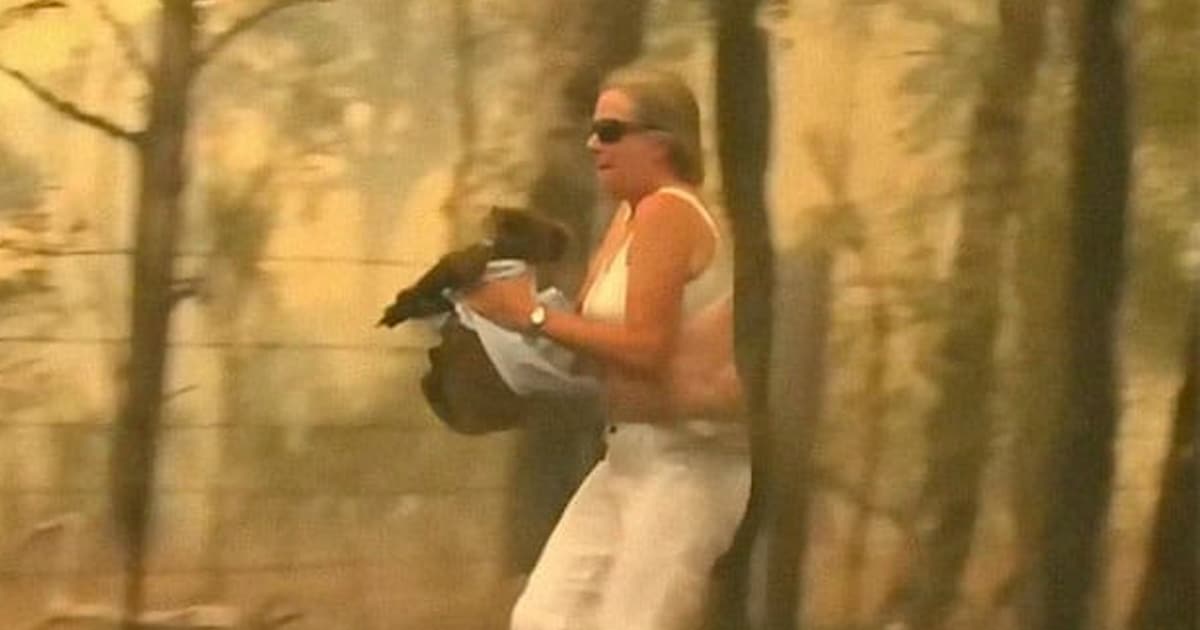 “I knew if we didn’t get him down from the tree then he would have been up there amongst the flames.”