"DIQUAT" DESICCANT BAN UNDERWAY IN EUROPE. Today's post compliments yesterday's coverage about dubious chemical desiccants making their way into your family's food.
Syngenta's Diquat hebicide ("Reglone") – cousin to infamous Paraquat – has been used extensively for decades by conventional potato farmers as "Topkill." Killing or removal of potato tops is required to set the skin on tubers so they will survive the rigors of harvest.
The European Commission is banning Diquat use on farms in Europe. However, Diquat will still be broadly used on potatoes here in the USA, especially in the East. In the West, it's common for potatoes killed with Sulfuric Acid.
Alternatives to chemical Topkill for potatoes are rotary flail mowers and mechanical haulm (top) removers (holds hill in place and yanks away green potato tops).
On our organic Certified Seed Potato farm we use propane flame to singe-kill tops. We have also experimented with wilting tops by applying concentrated vinegar.
Other monumental changes are in the wind for how modern potatoes are grown. Europe has now also banned CIPC, a herbicide commonly applied to process and tablestock potatoes (and onions) to prevent sprouting in storage.
Additionally, Canada has moved to limit the application of Chlorothalonil ("Bravo"), one of the most widely used chemical fungicides for potatoes, to three times per season.
Just to be crystal clear, tough regulations prevent honest Certified Organic family farmers from using persistent, synthetic inputs such as chemical herbicides and fungicides. Caleb, Megan & Jim 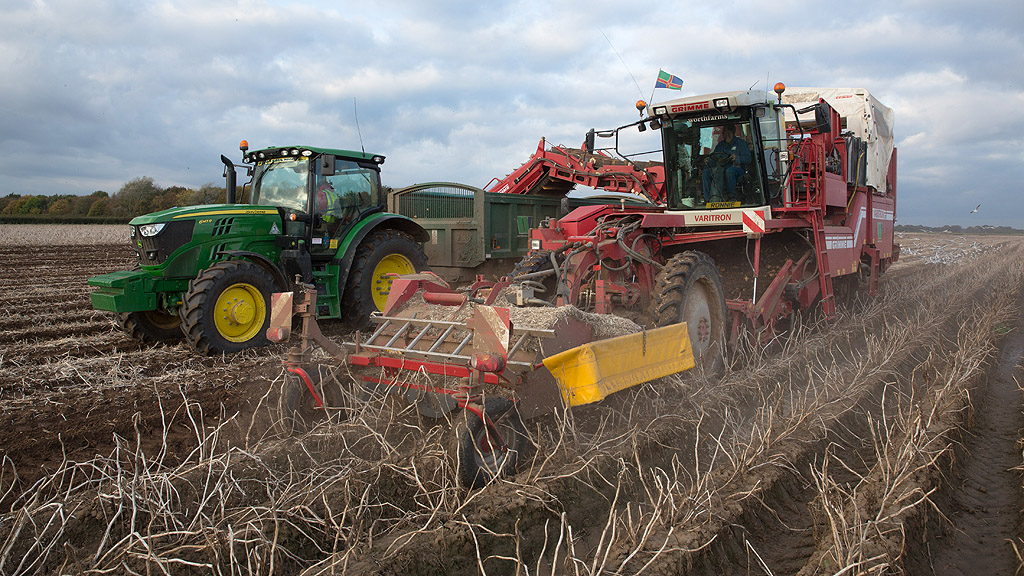 Diquat dates for sale and use up confirmed | Syngenta