WAS THE FIRING OF A NEW BRUNSWICK SCIENTIST DUE TO HIS VOCIFEROUS OPPOSITION TO FOREST SPRAYING OF GLYPHOSATE HERBICIDE? It sure looks that way.
The entire Province of New Brunswick (just east of Maine) is under the extraordinary influence of the powerful JD Irving family empire. The Irvings are deeply involved in Maritime Canada's forestry. The Irvings pride themselves as modern forestry visionaries and their industrial forest vision is heavily loaded with the spraying of chemical herbicides including Glyphosate.
Coincidentally, during this legislative session, the Maine legislature considered LD 1691, which would have banned the aerial spraying of Glyphosate on Maine forestland. That bill, was authored by our friend, Allagash logger and Senate President Sen Troy Jackson. LD 1691 was morphed into a "study" and was then passed. It should be noted, the Irvings are the largest private landowner in Maine with over 1 Million acres.
Thanks to Tom Day for sharing this article. Caleb, Megan & Jim

"Why was Rod Cumberland, New Brunswick’s most prominent critic of the herbicide glyphosate, fired from his job as a college wildlife instructor?…

"'The Rod Cumberland I know is a genuine father, scientist, researcher and educator,' says Lois Corbett, executive director of the Conservation Council of New Brunswick. Corbett explains that Cumberland opposed industry practices such as the clear-cutting of forests and planting of monocultures that impact biodiversity…

"Consequently, Cumberland became a primary target of the forest industry and its supporters. Since at least 2014, J.D. Irving and other forest companies, along with provincial and federal government officials, have tried to discredit Cumberland. In 2014, for example, J.D. Irving issued a strongly worded letter from the company’s chief wildlife biologist, John Gilbert, focusing on Cumberland and his research. “The most recent attacks on forest management in New Brunswick by Rod Cumberland are irresponsible and are not supported by current data and scientific research,” Gilbert wrote in a letter posted on the company’s website.

"The governments and industry even set up a website to defend the herbicide, and paid scientists who support glyphosate to tour cities and towns across New Brunswick and Nova Scotia and conduct seminars designed to address public concerns." 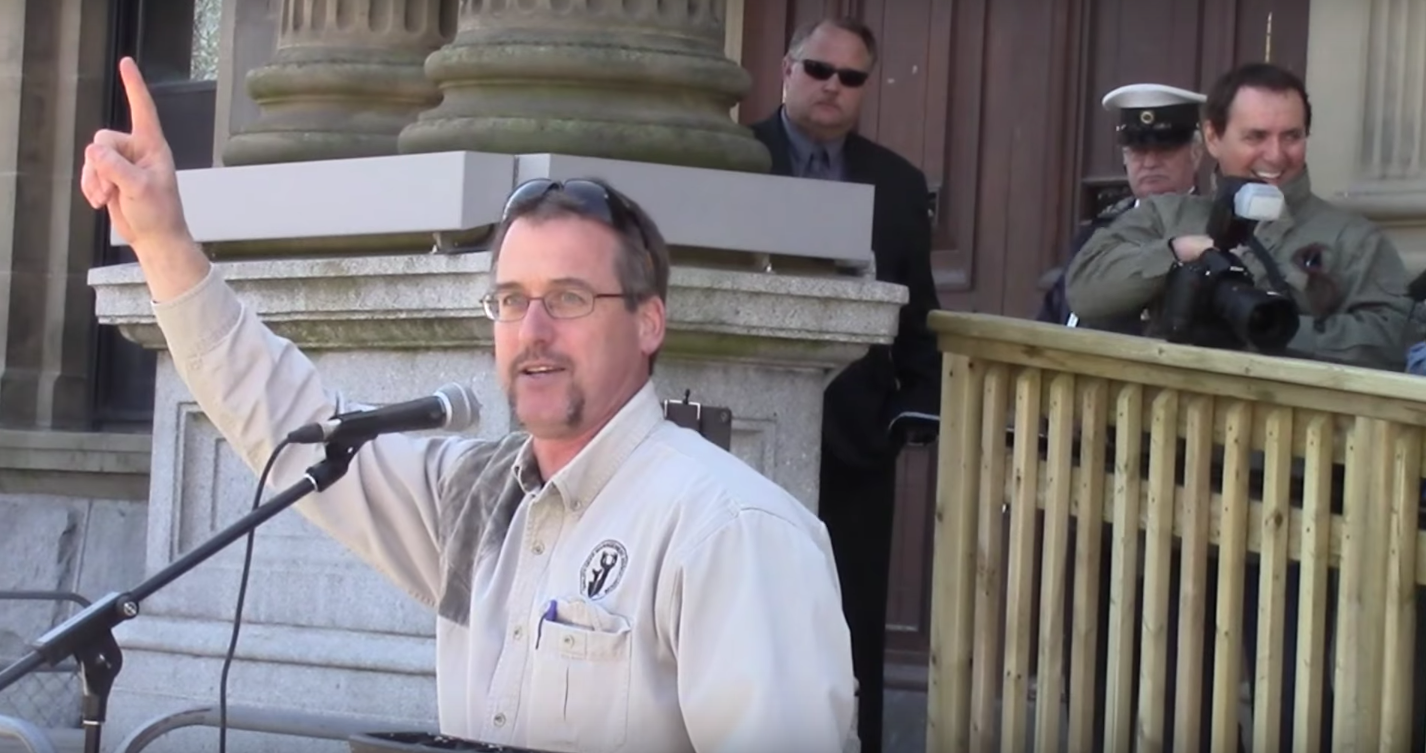 Rod Cumberland was a longtime critic of the use of glyphosate — and was terminated by a New Brunswick college that included an Irving rep on its board.