A SLICE OF LIFE REVEALED FROM THE GOLDEN RAILROAD ERA IN AROOSTOOK COUNTY, MAINE. Before our modern era of rubber tires and asphalt, the railroad was king in rural America.
The double township (two 6×6 mile townships) of Fort Fairfield, lies north of Bridgewater and is similarly butted up against the Canadian border. The Aroostook River flows through "Fort" and early European settlement first came up the rivers beginning two hundred years ago.
To the envy of all, Fort had railroad tracks from both Bangor via BAR (Bangor and Aroostook) and from Canada via CP (Canadian Pacific). In its hay day, Fort served as Aroostook County's vibrant and bustling potato and commerce hub.
In this new and interesting piece from the 'Bangor Daily News', reporter Melissa Lizotte tells the tale of life in Fort in the railroad era and the Frontier Heritage Museum that works to keep railroad history alive. Caleb, Megan & JIm

"Before the days when tractor trailer trucks and modern vehicles made product deliveries and personal travels faster than ever, Fort Fairfield was home to a railroad station that connected local farmers, lumber mills and residents with customers across Aroostook County and the rest of Maine.

"The Bangor and Aroostook Railroad was completed in 1895, stretching from central Aroostook to southern towns such as Houlton, Smyrna, Island Falls and Oakfield and to the city of Bangor…

"Canadian Pacific also had a station and tracks that ran through Fort Fairfield due to the town’s proximity to New Brunswick. The peak of the Bangor and Aroostook Railroad’s usage in the 1930s and 1940s maintained 858 miles of tracks.

"Today the Frontier Heritage Society in Fort Fairfield maintains the former Canadian Pacific Railroad station, originally located along the Aroostook River, as well as many historic train cars at the site of the former Bangor and Aroostook Railyard at the corner of Depot and Brown streets…

"The railroad served as a major marketplace for local potato farmers and brokers from the late 1890s through the 1960s. At the railyard there were more than 100 one to five-door potato houses situated along each side of the tracks that allowed workers to easily unload potatoes…

"'If someone needed to catch a ride to the next town to go grocery shopping, they would hop on the train and then ride back to one of the siding roads with their groceries,' Everett said." 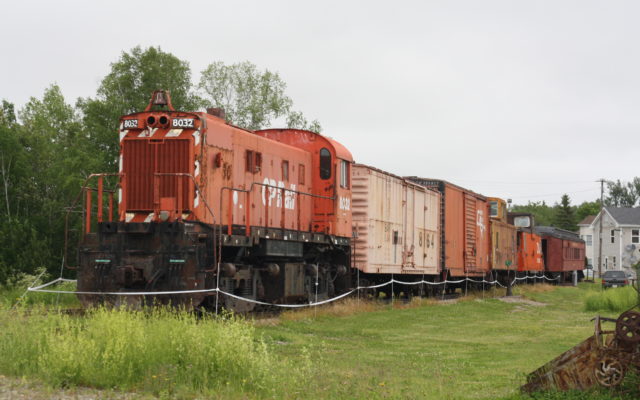 Bangor and Aroostook Railroad had decades-long history throughout The County

Before the days when tractor trailer trucks and modern vehicles made product deliveries and personal travels faster than ever, Fort Fairfield was home to a railroad station that connected local farmers, lumber mills and residents with customers across Aroostook County and the rest of Maine.