WHY MAINE SHOULD PASS "LD 1691" AND BAN AERIAL HERBICIDE SPRAYING ON MAINE'S INDUSTRIAL FORESTS. Mainers, we're down to the wire and TODAY is the day to express your support for Allagash logger and Senate President Troy Jackson's good bill – LD 1691- which would explicitly BAN GLYPHOSATE and other herbicides from being sprayed on Maine forests.
Below is the letter of support we submitted to members of the Joint Standing Committee on Agriculture, Conservation and Forestry (ACF) and below that are links for you how you can take a few minutes and help. Thanks! Caleb, Megan & Jim

May 19, 2019
Joint Standing Committee on Agriculture, Conservation and Forestry
Cross Building, Room 214
Augusta, Maine
Dear ACF Committee Member,
We are writing to express our strong support for LD 1691, An Act to Ban Use of Aerial Herbicide Spraying for the Purpose of Deforestation.
We have a two-generation family farm in the Unorganized Territory of Central Aroostook County where we raise Maine Certified Seed potatoes. We are particularly sensitive about the issue of forest spraying because 40 years ago, in May 1979, despite having formally filed for a spray-area-exemption with the State of Maine, 300 acres in-total-area including buffer, we were accidentally sprayed with Carbaryl by negligent fixed wing spray operators in that year’s Spruce Budworm Suppression Project.
As a result of this unwanted chemical trespass, we lost organic certification of our crops for three years. We are deeply concerned that we not again experience another episode of unwanted chemical trespass by the forest products industry. A similar loss of organic certification would serve to irreversibly ruin our reputation and destroy the market we have created over forty years, and upon which our successful national mail order seed business has been built (1). In such a catastrophic circumstance, we believe the likely result would be the collapse of our farming operation and the loss of our livelihoods. This is not merely a speculative concern: industrial forest land adjacent to our farm in TD R2 WELS was recently clear cut and could be an imminent candidate for dangerous aerial herbicide spraying unless the ACF Committee acts.
Environmental damage caused by industrial forest herbicide spraying is not a new problem and has been ongoing. The St. Regis Paper Company forest herbicide spray fiasco in Dennysville in 1979 is firmly etched in our memories. The inept aerial spraying of Tordon 101 (formulated as a combination of 2,4-D and 2,4,5-T, the latter chemical banned soon afterwards by U.S. EPA) by St. Regis caused widespread chemical drift trespass up to twelve-miles off-target and the destruction of at least 164 Washington County gardens (2).
Another class of herbicides, widely used in both agricultural and forestry settings are ones formulated with Glyphosate, the active ingredient in Monsanto’s “Roundup” herbicide. Glyphosate was determined in 2015 by the World Health Organization to be “probably carcinogenic to humans” (3). Subsequently, it was accordingly listed in California. In 2018, the California Supreme Court upheld California’s placement of Glyphosate on its list of chemicals that cause cancer or birth defects.(4)
Astoundingly, a 2015 study indicates that even at extremely low dosages of 0.1 ppb Glyphosate causes damage to kidney and liver (5). For the purposes of comparison, incredibly enough, EPA allows 700 ppb of Glyphosate, or 7000 times the determined dangerous threshold in drinking water. (6)
Documents revealed in recent Monsanto Roundup Cancer lawsuits show a troubling and inappropriately intimate relationship between Monsanto and EPA staffers (7). Additionally, Monsanto has been caught red-handed in ghost-writing academic research used by EPA in its product registration reviews (8).
The unmistakable conclusion must be that EPA lacks trustworthiness. A compromised EPA continues to collude with industry and routinely fails to protect the public interest.
As well, Monsanto’s self-serving disregard for public health and the environment, and its pattern of deceit about the supposed safety of Glyphosate, has been shocking. In fact, Monsanto’s stonewalling and lack of remorse has been key to the three independent, unanimous guilty jury verdicts in which jurors had been tasked with assessing Monsanto’s culpability for human health problems caused by Roundup. The most recent verdict found Monsanto liable to the jaw-dropping tune of $2.1 Billion (9).
As Mainers we all have a duty to protect the Commons. We believe that under our country’s founding principles based upon English Common Law, farmers have the right to farm on their own land the way they choose, including being free from unwanted chemical trespass by industrial paper companies using deadly toxins.
Until paper companies find a way to prevent the free flow of rivers and streams across their property and onto property of neighbors, their contamination of the environment is a public policy issue and represents an unacceptable threat to the Commons and the public’s right to clean water. Accordingly, the Legislature has the solemn responsibility to restrain polluters from harming the Commons.
We urge you as a member of the Joint Standing Committee on Agriculture, Conservation and Forestry to step up and do the right thing. Protect the residents, businesses and visitors to the UT by safeguarding our water and the environment from industrial activities which clearly harm the Commons.
Please support LD 1691 and ban the aerial spraying of toxic herbicides on Maine forest land.
Thank you.
Jim & Caleb Gerritsen
Wood Prairie Family Farm
49 Kinney Road
Bridgewater, Maine 04735
Footnotes.
1. Wood Prairie Family Farm website https://www.woodprairie.com/
2. New York Times. Sept 16, 1979. https://www.nytimes.com/…/paper-concern-to-pay-damages-to-g…
3. Institute for Science in Society. http://www.i-sis.org.uk/Banishing_Glyphosate.pdf
4. Center for Food Safety. https://www.centerforfoodsafety.org/…/california-supreme-co…
5. Study in Environmental Health. https://ehjournal.biomedcentral.com/…/10.…/s12940-015-0056-1
6. Michigan Public Radio Coverage of Environmental Health study. https://www.michiganradio.org/…/new-study-finds-low-doses-r…
7. Rolling Stone. https://www.rollingstone.com/…/poli…/monsanto-cancer-710902/
8. New York Times. August 1, 2017. https://www.nytimes.com/…/monsantos-sway-over-research-is-s…
9. New York Times. May 13, 2019. https://www.nytimes.com/…/monsanto-roundup-cancer-verdict.h… 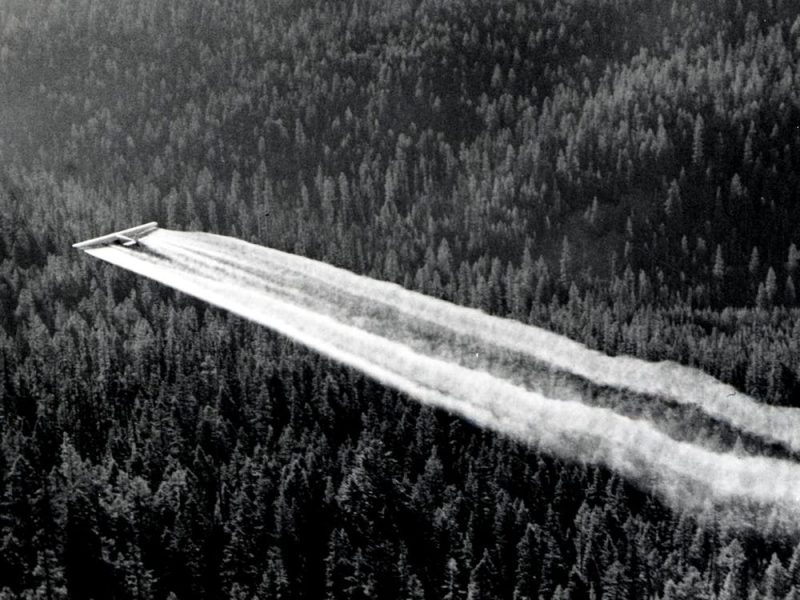 Found on Google from earthsky.org