CALIFORNIA FINISHES THE JOB POLITICAL-BOSSES AT EPA SIDETRACKED AND BANS CHILD-ENDANGERING FARM INSECTICIDE 'CHLORPYRIFOS.' Scientists at EPA had correctly set in motion the banning of problematic organophosate insect-killer 'Chlorpyrifos.' Then political leaders – advancing self-serving corporate interests – reversed that ban.
Now, the State of California has announced it will FOLLOW THE SCIENCE and will ban Chlorpyrifos, a chemical linked to autism and IQ impacts on our children. Other States are considering similar moves to ban Chlorpyrifos.
Kidos to California for their leadership in protecting the public interest Jim

"The state ban on chlorpyrifos, a pesticide used on almonds, citrus, cotton, grapes, walnuts and other crops, follows years of research finding the chemical causes serious health effects in children, including impaired brain and neurological development. The US Environmental Protection Agency (EPA) had moved to ban the chemical under Barack Obama, but the Trump administration reversed that effort, rejecting the scientific conclusions of its own government experts.

"'Countless people have suffered as a result of this chemical,' the California EPA secretary, Jared Blumenfeld, said in an interview on Wednesday. 'A lot of people live and work and go to school right next to fields that are being sprayed with chlorpyrifos … It’s an issue of environmental health and justice'"…

"Epidemiological studies have linked chlorpyrifos to a number of health conditions. Pregnant women living near fields and farms that use the chemical have an increased risk of having a child with autism. Exposure to low to moderate levels of chlorpyrifos during pregnancy have also been associated with lower IQs and memory problems. California officials cited a recent review by a state panel on toxic air contaminants, which found the effects in children could occur at lower levels than previously understood." 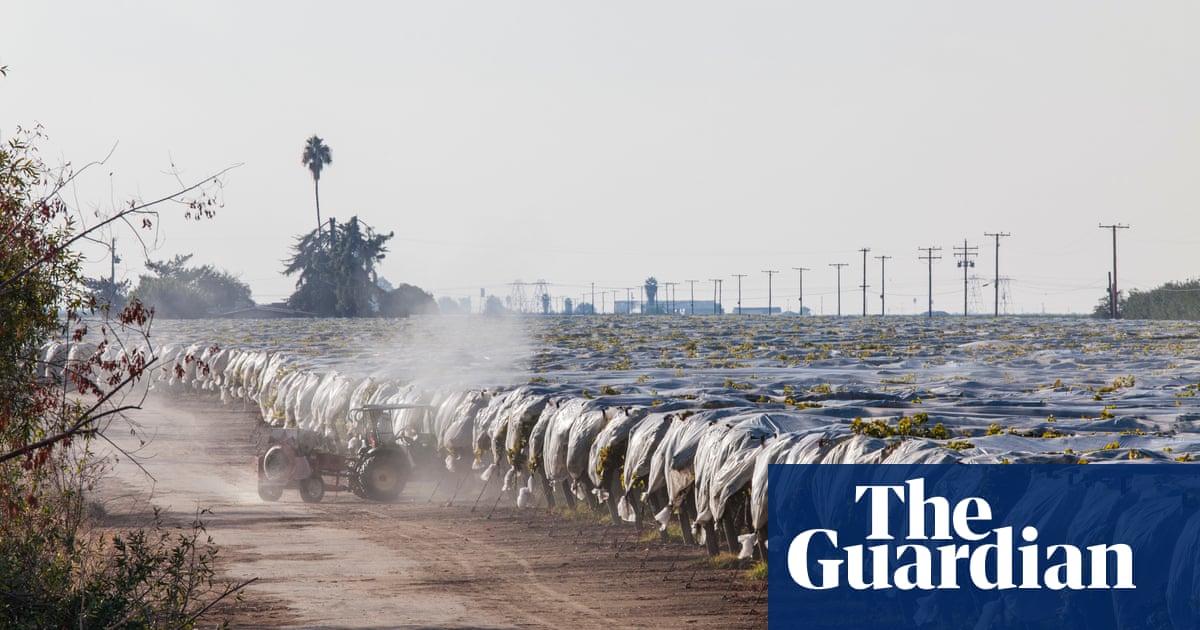 The EPA had moved to ban chlorpyrifos under Obama, but the Trump administration reversed that effort