NEW UNITED NATIONS ASSESSMENT PAINTS A DIRE PICTURE OF MASSIVE HUMAN-CAUSED DECLINES IN BIODIVERSITY AND RESULTING DANGERS TO HUMAN CIVILIZATION. A sobering thirty-nine-page Summary was released in Paris yesterday.
The full 1500 page report "compiled by hundreds of international experts and based on thousands of scientific studies" – the most extensive work of its kind ever produced – will be released later this year.
The grim assessment makes clear that human wellness and economy are interconnected with the natural-world-declines we are causing. The impacts upon humans promise to be mighty. Jim

"Humans are transforming Earth’s natural landscapes so dramatically that as many as one million plant and animal species are now at risk of extinction, posing a dire threat to ecosystems that people all over the world depend on for their survival, a sweeping new United Nations assessment has concluded…

"Its conclusions are stark. In most major land habitats, from the savannas of Africa to the rain forests of South America, the average abundance of native plant and animal life has fallen by 20 percent or more, mainly over the past century. With the human population passing 7 billion, activities like farming, logging, poaching, fishing and mining are altering the natural world at a rate 'unprecedented in human history'…

"The report is not the first to paint a grim portrait of Earth’s ecosystems. But it goes further by detailing how closely human well-being is intertwined with the fate of other species.

"'For a long time, people just thought of biodiversity as saving nature for its own sake,' said Robert Watson, chair of the Intergovernmental Science-Policy Platform on Biodiversity and Ecosystem Services, which conducted the assessment at the request of national governments. 'But this report makes clear the links between biodiversity and nature and things like food security and clean water in both rich and poor countries.'" 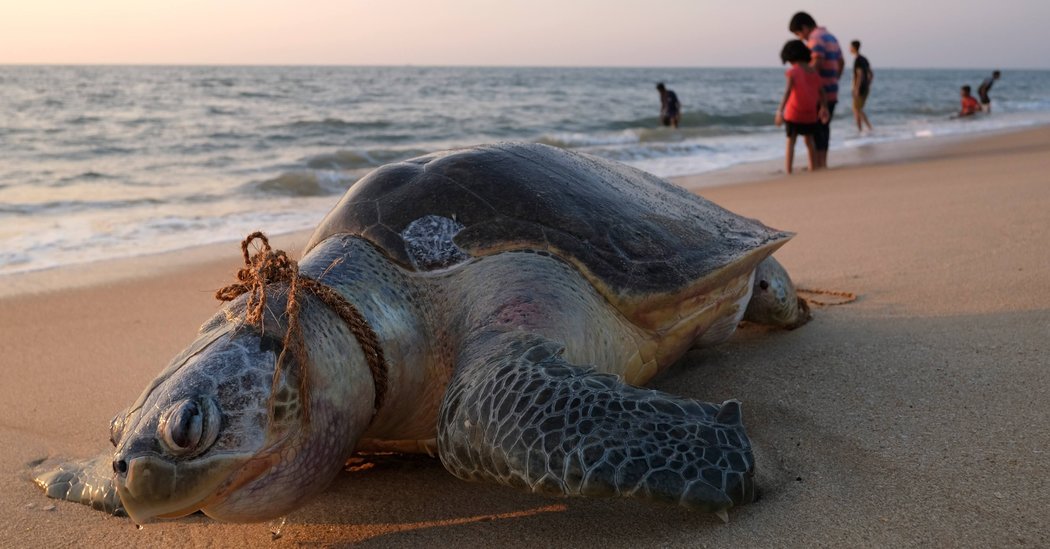 A dire United Nations report, based on thousands of scientific studies, paints an urgent picture of biodiversity loss and finds that climate change is amplifying the danger to humanity.